I’ve been invited to take part in a “Twinterview” – the social mash-up, as the name would suggest, of an interview conducted over Twitter.

I was asked by one of my Tweeps, who came up with the twuggestion over twoffee. “A Twinterview?” says I. Have we really become so ingrained in a social media age that we need to pre-fix everything with “tw” ? I agreed of course. Twidiot.

I live Twitter and am a social media addict (or Smaddict as I’d prefer to dub it). As a Smaddict I know the importance of cramming everything into 140 characters. I could “tweetlonger” or embed a link to further explanation (my preference) but not everyone agrees. In fact, my propensity towards cramming as much as I can into social media, masks a general laziness in language.

I blame the Thunderbirds. FAB was just a small hop, skip and a jump from LOL, with ROFL, OMG and WTF common anachronisms developed through the text generation.

But as a Smaddict (a word incidentally my very clever autocorrect now recognises) how much of this language is slipping unkept into everyday speech rather than just the convenience of text?

Well, shoot me down with an LOL if I’m mistaken, but the much respected Radio 4 ( the measure of the Queen’s English) even appeared to be at it the other day. In a discussion about “assisted suicide”, not your normal hotbed for ROFLs I grant you, I’m sure I heard the practice referred to as “assisticide”.

Assisticide? What other excuse can there be than some clued-up producer was already thinking ahead to how the story would appear on Twitter? “We can’t possibly fit in the 17 characters needed for ‘assisted suicide’ so let’s opt for the much more manageable 11 that ‘assisticide’ provides”. Pats on the back and smiles all round. PMSL

Well if Radio 4 is at it, then surely this is just the beginning of an erosion of our key values, one step closer to the Queen delivering me a Smiley face on my 100th birthday, signed off simply  “Maj”

Etymology, I have to admit, was right up there with pub crawls when I was at university, and the origin of words and how their meaning has evolved is fascinating (honestly). There’s no doubting that in the same way certain words lose their innocence over time, so our patterns of speech morph into something unrecognisable from its humble beginnings. Or maybe that’s where we are headed? Maybe there’s something primeval in our new found ability to tweet-speak? Maybe this is our earthy ancestors reclaiming their language rights? Is WTF really that far removed from the grunting of our forefathers?

If it sounds like I’m being negative, I’m not. Indeed, hurrah says I! I quite fancy being thrown over a shoulder whilst my husband beats his bare chest and clubs an innocent beast. Far from sounding alien, it feels very much like a regular Saturday night out and would certainly sort out my wardrobe. Don’t you just love the age of communication? How far we have come. LOL 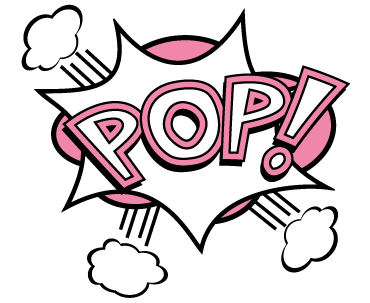